Guy Valvekens - in his own words

It was during 1977 that I started thinking of buying a Stampe which I couldn't afford, so I looked for a dismantled one which was in need of a rebuild. By the end of that year the Air Force did an appeal for bidders for the last ones they retired from glider tug duty by the Air Cadets.
Lots 1 and 2 were in flying condition, which were c/n 4 and 52 respectively.
Lot 3 was two incomplete airframes, c/n 43 and 49.
Lot 4 was a collection of spare parts.
Together with a friend, I made an offer for all the lots and we were lucky with our bid for Lot 3.
The 2 airworthy Stampes went to the same bidder, with whom we shared Lot 4, the collection of spare parts.
That is how I became involved with Stampe aircraft, and where my first big problem started:
How to do a rebuild and how to obtain the permission from the Belgian CAA as I have no technical education or experience?
The vintage aircraft scene was not very active in Belgium in those days, but I was lucky in living close to the airfield of Goetsenhoeven where the Stampes had been used by the Air Force. A few of the older technicians were very helpful as well as some civilians.
There was lots of speculation in our Flying Club from members who did or didn't believe that we were able to finish this project, but in November 1985, c/n 43 made its first flight after rebuild, followed in December by c/n 49.We didn't have any problems with the two Stampes but my friend sold his, c/n 43 in Holland, and unfortunately it was destroyed in November1986.
I kept mine in flying condition with other vintage aircraft until my accident in August 1991.The Stampe was preserved, and the engine inhibited by friends. In May 1997 I was able to renew the C of A and finally fly her again.
I visited Angers last year and came safely home after 15 hours touring in France within four days.
During those years, I continued to collect airframe and engine parts and I hope to start rebuilding Stampes soon.

73 CF ZXW P. Davis Ontario
74 C GOCK Muirkirk Ontario<
C-GOCK (Walter Davies) and CF-ZXW are two different Stampes.
CF-ZXW, which belongs to my wife and I, is a Nord SV4c serial 530.
The Stampe is now based at the Brampton Flying Club and I hope to be flying it again within the next couple of weeks (I am working on the gear).
Incidently, C-GSLN is also based at Brampton Flying Club. 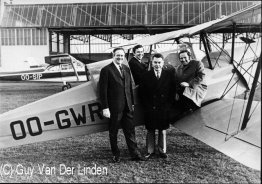 It is with immense pleasure I scrolled through your website. As a former BAF student pilot ( Failed in Kamina) it was unbelievable to find the description of the 66 EVS/EPE aircrafts on which I flew a few  as student pilot of the 141 Prom in 1959. One thing puzzles me. Under the number 29 is mentioned the aircraft under OO-GWB. This aircraft was indeed bought by 4 people from Ghent St.Denijs Westrem under a company name “Stork”  I flew the delivery flight from Koksijde to SDW on 16.01.1972. The registration was in fact OO-GWR reason being the first letter of the four owners (Guy, Willy, Roland & René) Luckily two “R” .

I have no information anymore when the aircraft was sold? To whom? And why the registration changed.

Hope you can use this information to update your marvelous data base on the SV 4. 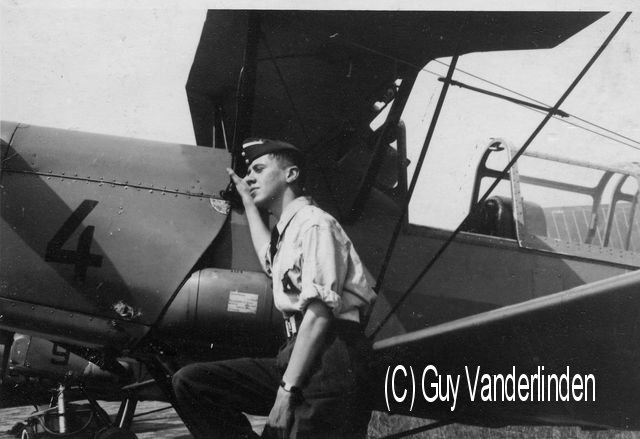 * New information about this item can be read here 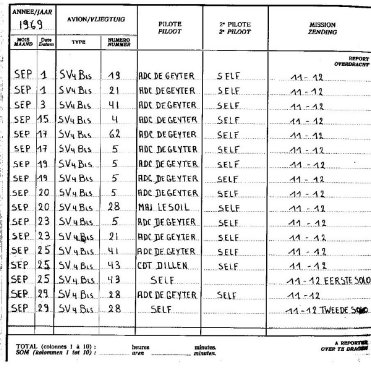 Page from logbook of Pilot Luc Van Der Spiegel and his first solo flights on SV-4B in 1969. 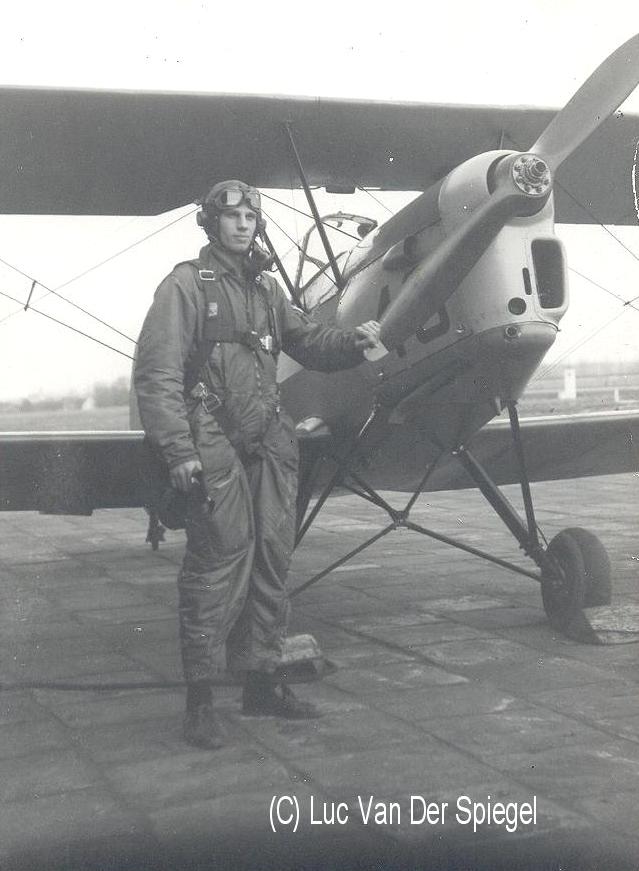 Unknown photos we are looking for information