Flight to Freedom by Michael Donnet Published by Ian Allen

When the Germans invaded Belgium in May 1940, Michael Donnet had just completed his training as an officer cadet in the Belgian Air Force. After a desperate one sided battle against the might of the Luftwaffe which ended with Belgium's surrender, Donnet and his friend Leon Divoy were determined to carry on the fight, -in the air. Under the very noses of the Germans at an ammunition depot in the Foret de Soignes outside Brussels, they discovered a small biplane of ancient vintage apparently immobilised for the duration of the war. How Donnet and Divoy repaired the aircraft, collected the petrol and eventually took off for England all within earshot of a German garrison, is an escape story in the classic mould. It is told here in enthralling detail by Michael Donnet himself.
But the story did not end with the arrival in England. Donnet and Divoy both became Spitfire pilots in the Royal Air Force and though Divoy crashed in spectacular circumstances and became a prisoner of war for the second time, Donnet became one of the leading RAF fighter pilots of the Second World War. Taking part in fighter operations from continuously from 1942 until VE Day, he tells a gripping account of the day to day life of one member of that gallant band of exiles who added so much to the lustre of the Royal Air Force.This unique personal story is lavishly illustrated with many original photographs from the author's personal collection.

Stampe! The name was for years on every sporting aircraft addicts lips.The SV4 has become a flying legend,still to be enjoyed by a happy few.On the sixtieth year of its birth,the time has come to reflect back on its fate that no other Belgian, and very few foreign designs can rival.This book provides an exhaustive history,that starts with the early life of Jean Stampe,leading up to the formation of his company with Rene Vertongen.It goes on with the R.S.V., then the SV eras, and focusses on his achievement, the SV4.
Copiously illustrated with photographs many of which hitherto unpublished, 3-view line drawings, the lineage of the Stampe SV4 is traced from the first R.S.V.32 of 1923, and is followed through to the projected S.R.11 of 1968.

Including more photos and drawings than text, this booklet sets out clearly the history of the SV4 in just 32 pages. A prelude to Jouhard's masterpiece "les avions Stampe", "Stampe SV4" contains much which does not appear in his later work. Currently outof print (at 30/8/99), it may be found in one of the aviation bookshops. Try The Aviation Bookshop tel 44(0)171 2723630.

For sale: Flash Aviation via Internet on http://www.flash-aviation.nl or in the specialised aviation bookshops.

Aircrafts served in the BAF

Overview of each aircraft type having served in Belgium since WWII including the Belgian Air Force, Navy, Army, Openbare Macht/Force publique, State Police, Air Cadets. Each individual aircraft is mentioned with information on its registration, c/n, date in/out, fate, squadrons, etc. Contains also the individual history of each military SV-4B.

Description and professionel photo of 46 airplane cockpits. Also an interview with the pilots about the technical aspects of the cockpit. Among those airplanes are the Britten-Norman Lisander, the Sea King, Tipsy-Nipper...and Stampe Vertongen SV-4B. The book has 180 pages with detailed illustrations. Authors are Frans Van Humbeeck and Paul Van Caesbroeck. The book costs 39 eur ( shippingcosts in Belgium 4 eur), subscription account 652-5701158-65 of Het Streekboek BVBA, Vrasenestraat 109, B-9100 Nieuwkerken-Waas. 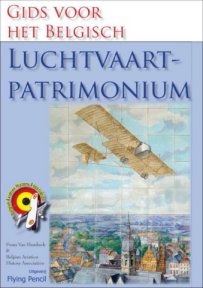 Guide of the Belgian aviation heritage 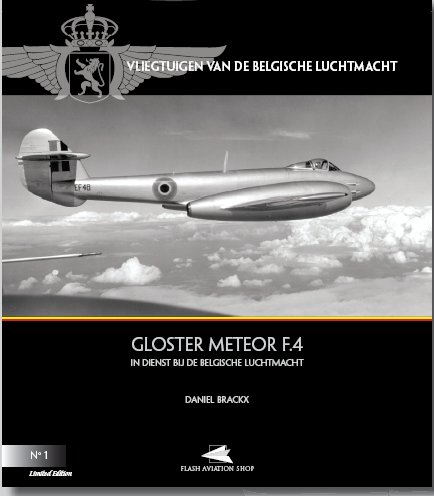 First book about one of the airplanes used by the Belgian Air Force : The Gloster Meteor F4. Written by the famous Belgian Aviation Historian Daniel Brackx, and edited  by Flash Avaition Shop. Book has 52 pages and detailed profiles by designer Bob Block.This is a limited edition, only 1000 are available. Book is in Dutch and will be presented at the public on December 18 2010 at the Air Museum in Brussels. For all information : shop@flash-avaition.nl.

Back to English Introduction