July 5th 1941 , Clacton , suddenly out of the blue a biplane lands on the airstrip on board two flight officers wearing proudly their Belgian pilots uniform .
Who were those men, were did they come from , how did they manage to cross the channel in one piece ?
Both were immediately conducted to the British autorities .
Their names : Leon Divoy and Michel Donnet. 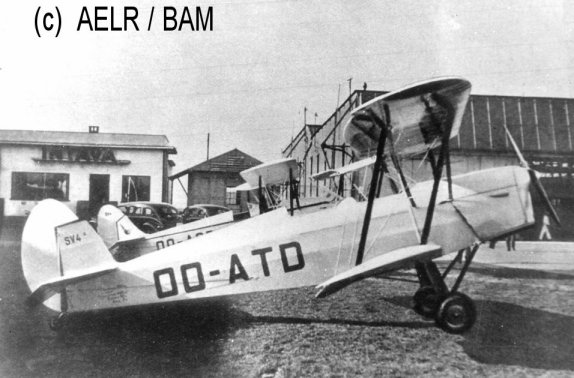 Donnet got his pilot license on 24/3/39 and flies in the 9th Escadrille of the First Air Force Regiment. When Germany attacks Belgium in may 1940 he takes part in the first war combats.From 1 june, Donnet, as many others, is taken prisoner of war, and passes through several prisoner camps. On january 10 1941 he returns to Belgium. Another pilot who took part on the first war days, Leon Divoy, wants to fight back...but don't know how.

One of the original 2 SV-4 planes, the renewed version of the OO-JAN, and designed by Demitoff, the OO-ATD was bought by baron Thierry d'Huart and hidden in the woods of his castle at Hoeilaart since the war began. Since the capitulation his castle was occupied by German troops.

Divoy discovers this (by the Germans) sabotaged airplane. He needs a second man, and Donnet is the lucky one. Helped out by friends and Belgian Resistance they managed to get this old bird to fly again , the field near Waterloo had a small guards post , their first date of departure was fixed on the 30th of june but the plane wouldn't start .
Tough luck but both men continued to work on their airplane an managed to get it fly worthy again on the 4th of July , the tests are good but both won't take off that day because of the guards .
In the early morning of the 5th July they take off Leon Divoy is at the commands of the plane , first they head to Gent were when they fly over the city German Flak opens fire ,but so unprecisely that they manage to ge trough . 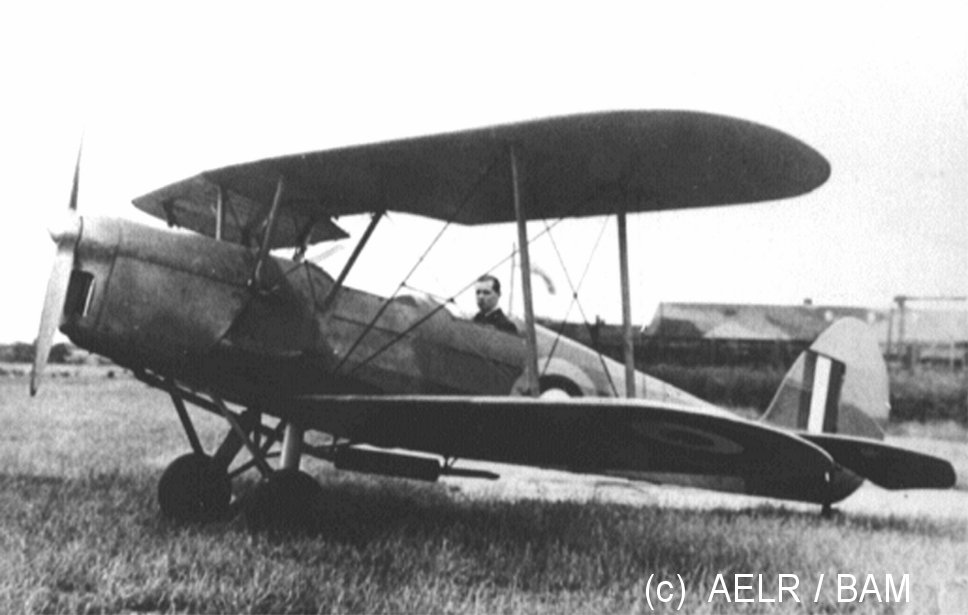 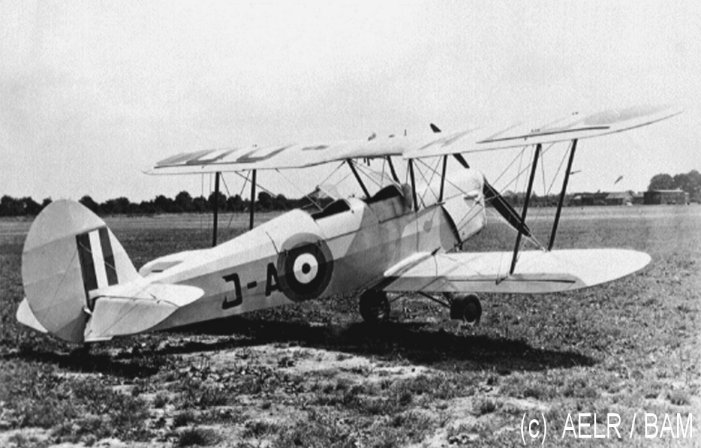 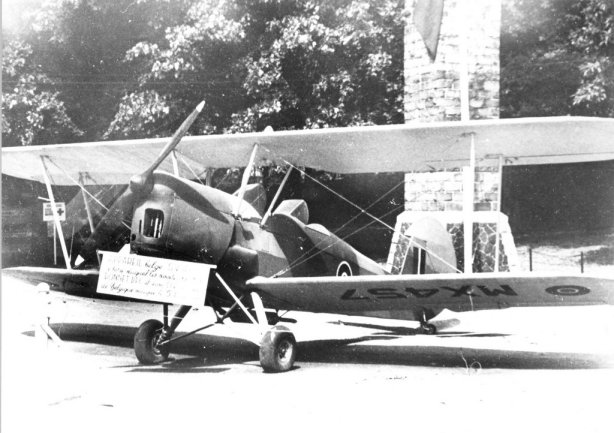 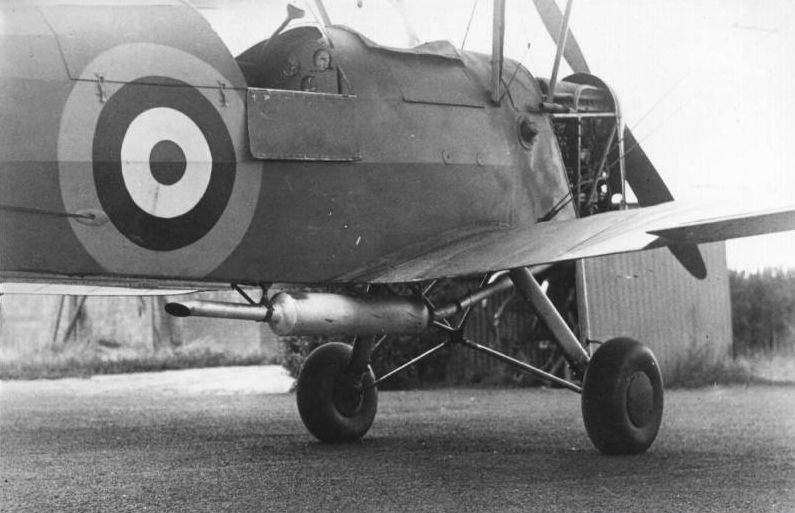 On 26/7/41 Donnet and Divoy joined the RAF. They both fly in the 64 Sqd with the Spitfire MkV. In april Donnet has to bale out after a collision with another Spitfire. In the same period Divoy crashed and is taken prisoner of war. In may the 64 Sqd received new Spits, the Mk. Donnet names his plane "Old Pycker" after his recently fallen comrad and friend Jan Offenberg.

During his war period, Donnet flew 375 missions, shoot 4 enemy planes down and hit another 5. After the war he is ordered to reorganise the Belgium Air Force and becomes responsible for the transition of the pilots to the jet planes (Gloster Meteor and F-84). On 1/7/75 he resign the Air Force. Lieutenant General Baron Mike Donnet flew over 5000 hours.

Leon Divoy spent 3 years as POW in a prisoners camp after he was taken prisoner on 4/4/42. After the war he started a career as commercial pilot with SABENA. Leon Divoy passed away on 7/2/77. 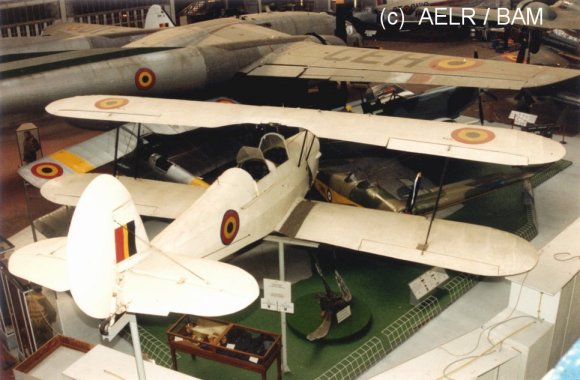 At the Air Museum in Brussels you can see the SV-4B OO-ATD. Not the original plane, but SV-4B V57 "restyled", as the original OO-ATD was lost in a crash on 7/6/60. The last decades some other SV-4B were exposed as OO-ATD. At the Stampe Museum in Antwerp (Belgium) you can see the ready to fly SV-4B V52 and earlier in 1976 SV-4B V62 was used. Why the 3 planes were painted in white is a mistery. In 1940 the original plane was light brown with the civil registration OO-ATD, and during the war the plane was painted in RAF camo with registration MX457. Today, in UK, SV-4B V61 is still flying in RAF camo colors as MX457. 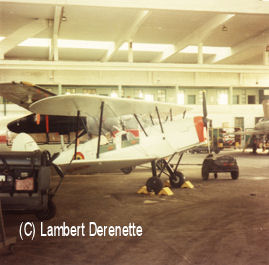 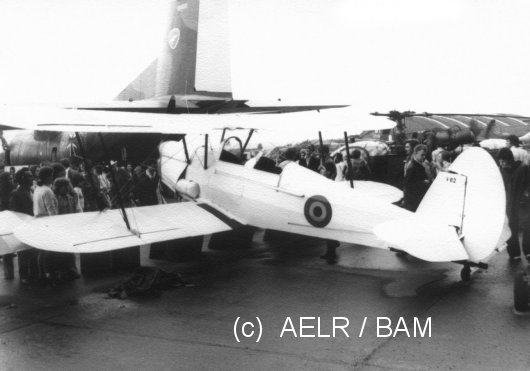 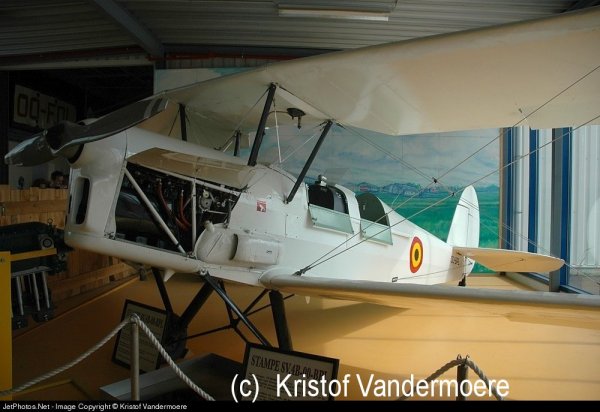 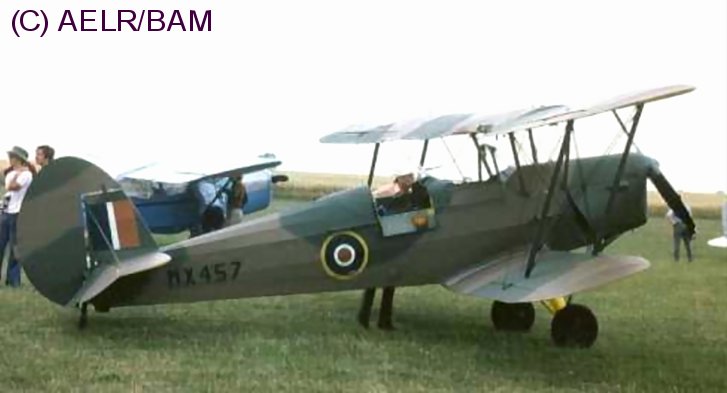 Database, history, gallery of the 65 airplanes that were used by the Belgian Air Force, and the still flying planes.
Acro Team "Les Manchots" , the SV planes they used, and the aces. Article of Dominique Hanson.
Crash report of the accident with SV-4b V43 in Twente (Netherland) in 1986 - Crash report of the accident with SV-4B V53 at the Old Rhinebeck Aerodrome New York (USA) in 2001 - SV-4B crashes in Belgium database of all Belgian SV-4B crashes
SV-4B with Blackburn Cirrus engine article of L. Wittemans.
Other types of SV airplanes and the LINK trainer , the other types of SV airplanes build bij Stampe Vertongen and an article about the LINK trainer, the first generation of flight simulators.
SV-4B OO-ATD and Divoy and Donnet, flight to freedom of Leon Divoy and Michel Donnet and SV-4B OO-ATD - SV-4B OO-ACB van Verbraeck en Reuter and their flight from France to Portugal in 1940
SV-4B V2 trip to Kamina (Congo) , in 1950 military pilot Manu Geerts had to deliver SV-4B V2 in Congo, Kamina. A trip of 10.578km, and 66 hrs flying time, article of R. Decobeck.
SV-4B in WWII in Africa , at the beginning of WWII 24 planes of the earlier SV-4B version airplanes, were transferred to Congo, at that time a Belgian Colony. This version had no closed canopy. An article of L. Wittemans.
Belgian Air Cadets , they used for several years the last military SV-4B airplanes.
SV links and other related links.