The Belgian Air Cadets in the 60 ties and 70 ties

At the end of the 40ties till 1956, the year the cooperation between civilian and military gliding clubs has ended, the Air Force also helps the Federation of Belgian Glider Clubs on championships and contests by delivering Tiger Moths with the "sauterelle" towing system. Since 1957, 6 SV-4B planes of the EVS (Elementary Flying School) were used for the towingflights at Chievres and Beauvechain. In 1961 the same planes were used for the new towingflights (each 2 planes). Towing a glider is a very delicat work, and asks a lot of the planes and the pilots. This causes some accidents. The most serious accident was the crash on May 15 1965 of SV-4B V51 at Bauffe. After dropping the towing cable, the planes lost power, went in a stall and crashed. Pilot Pierre Naus was badly hurt. When the CZV (Center for Gliders) moves in 1967 from Chievres to Goetsenhoven the planes go back to the EVS. In July 1970 the CZV receives a dotation of 8 SV-4B planes (V4 - 6 - 33 - 43 - 46 - 49 - 52 - 62) that weren't used anymore at EVS because replaced by the new SIAI-Marchetti SF 260. 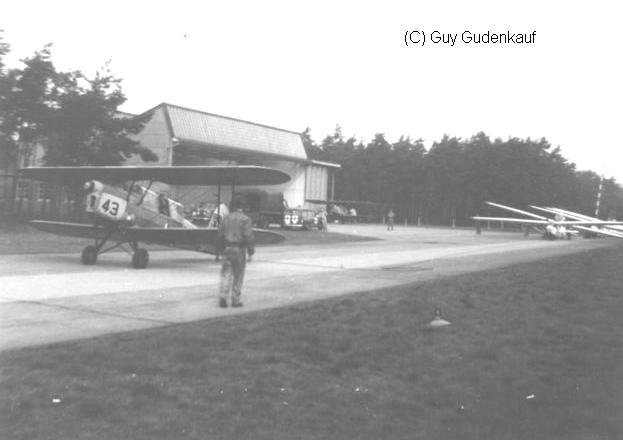 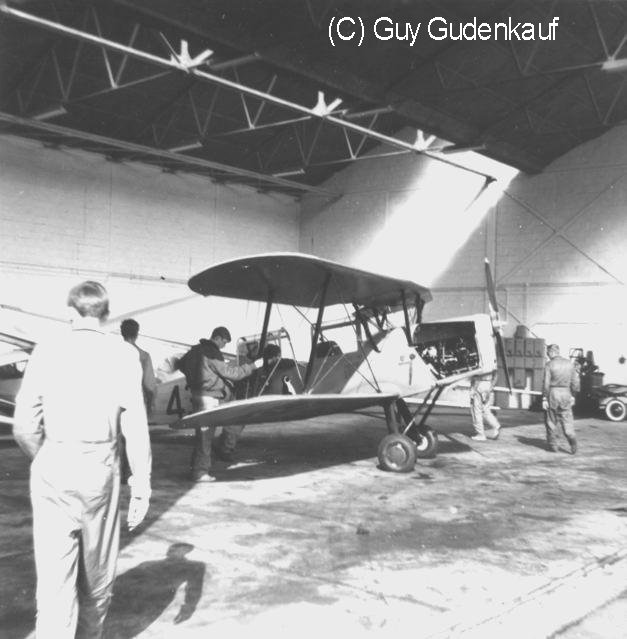 Aircadets at Oostmalle airfield in 1969 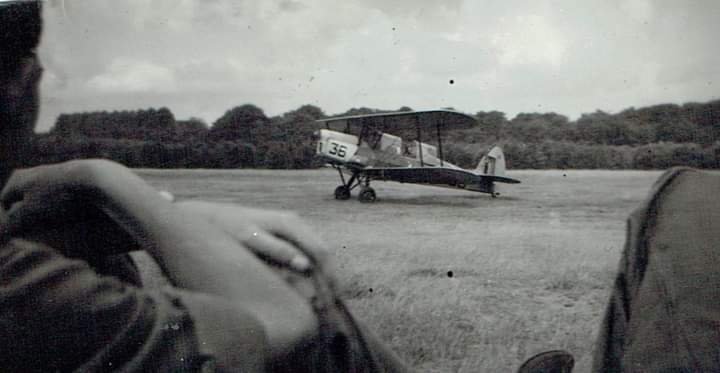 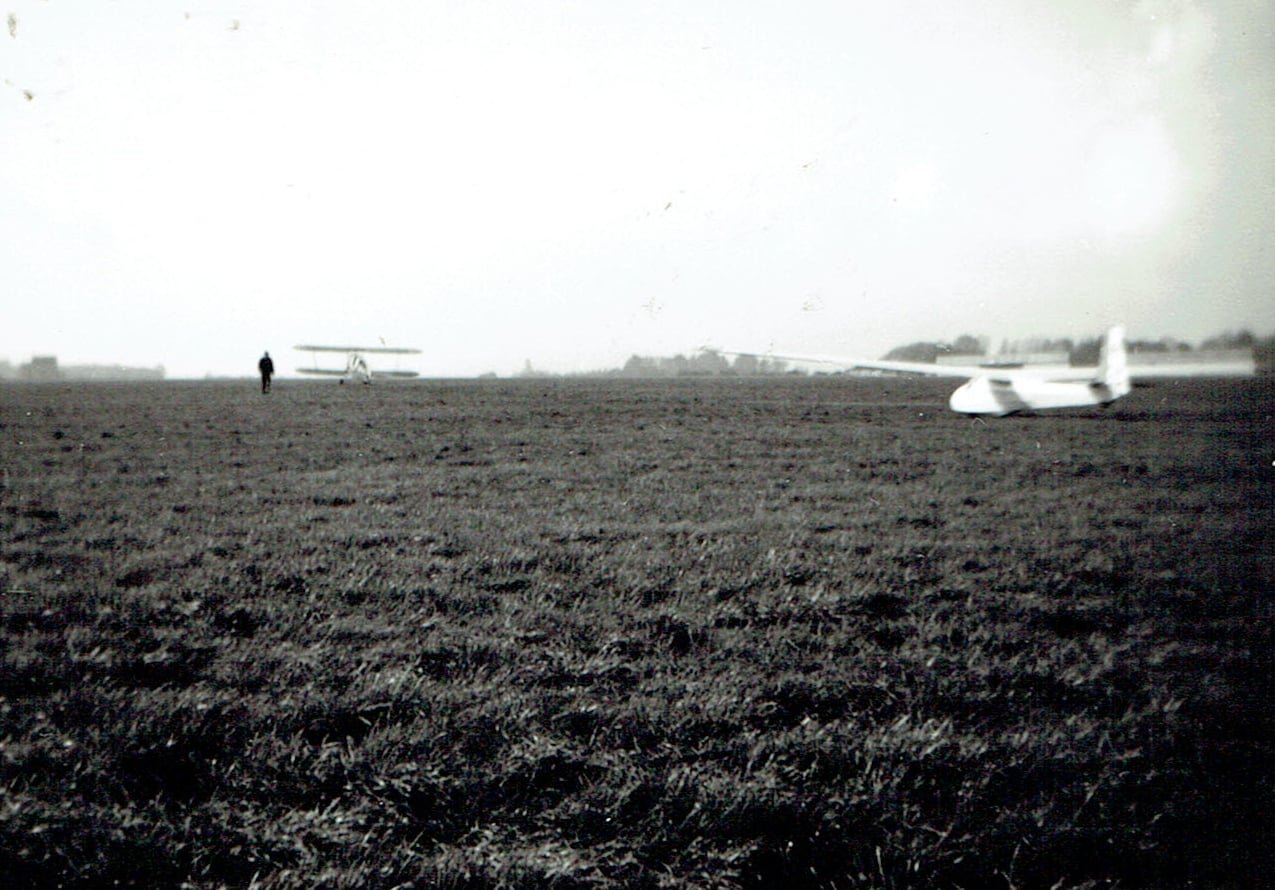 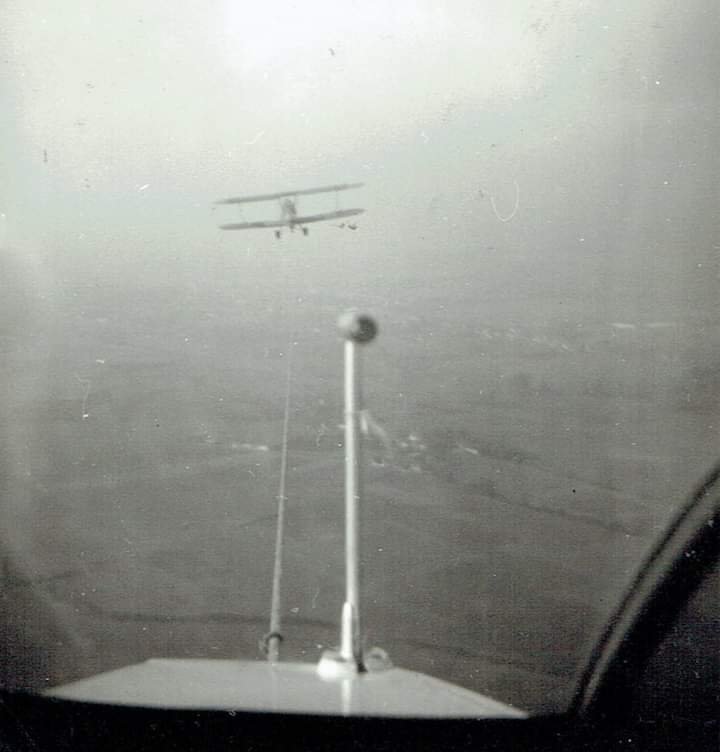 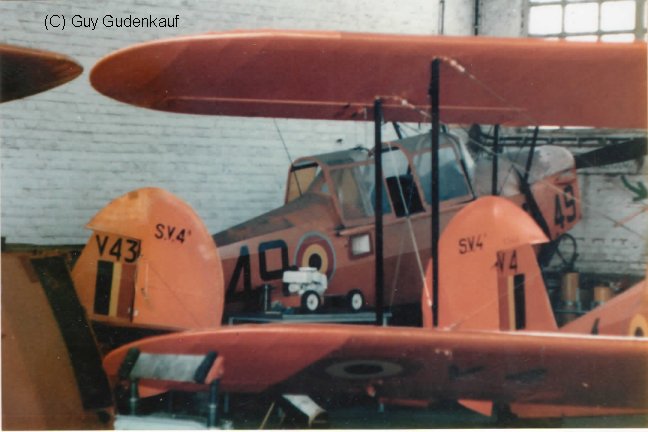 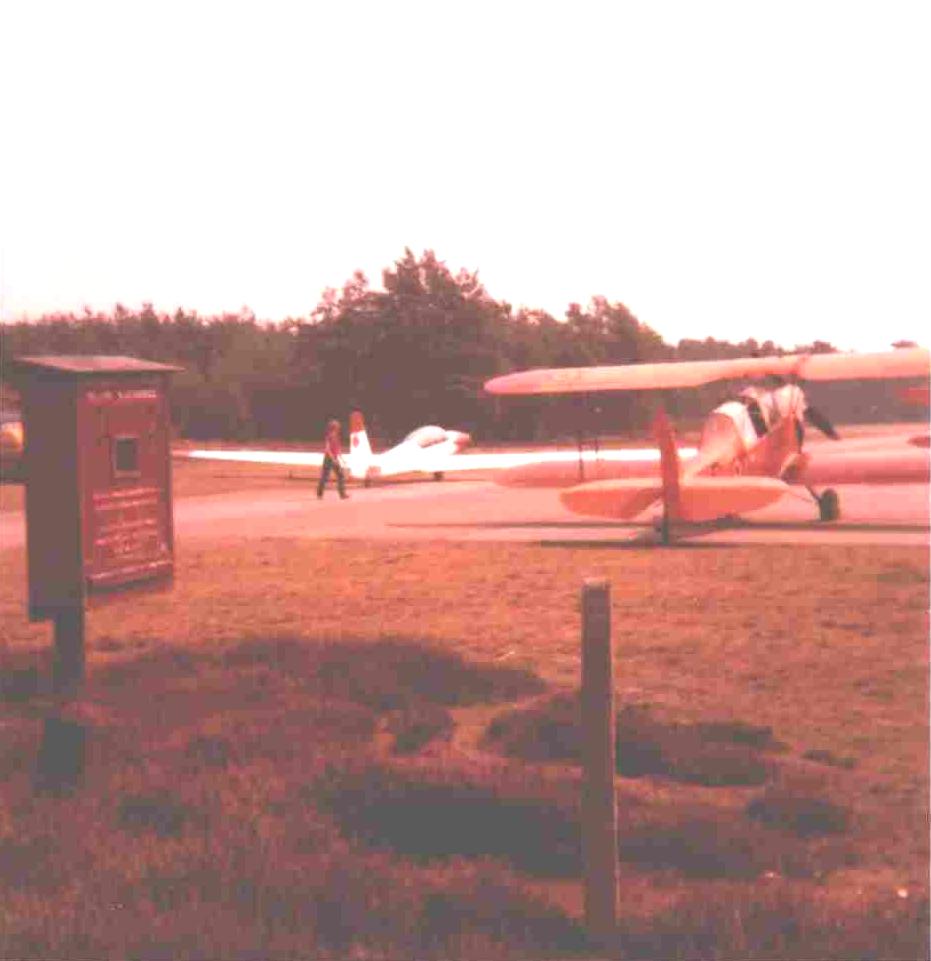 Following a two-year theoretical schooling at Melsbroek or Gavere, the actual flying training was done at Zoersel-Oostmalle and Weelde.
The Rhönlerche was the basic training glider. Only at Weelde a winch was used. At Oostmalle the gliders were towed into the air by SV-4B glider towers.

V43 crashed on the airfield in Twente (Netherland) in 1986, is restaurated in the mean time and flies again. V49 still flies today in original colors, it is also the only SV-4B that kept its trailer hook till the nineties. V4 also flies in original colors, V16 flies in Canada (CG OMD), V52 is showed at the Stampe Museum in Antwerp (butin flying conditions) as OO-ATD, and V62 in Danmark. The other planes were written off, mostly after accidents. 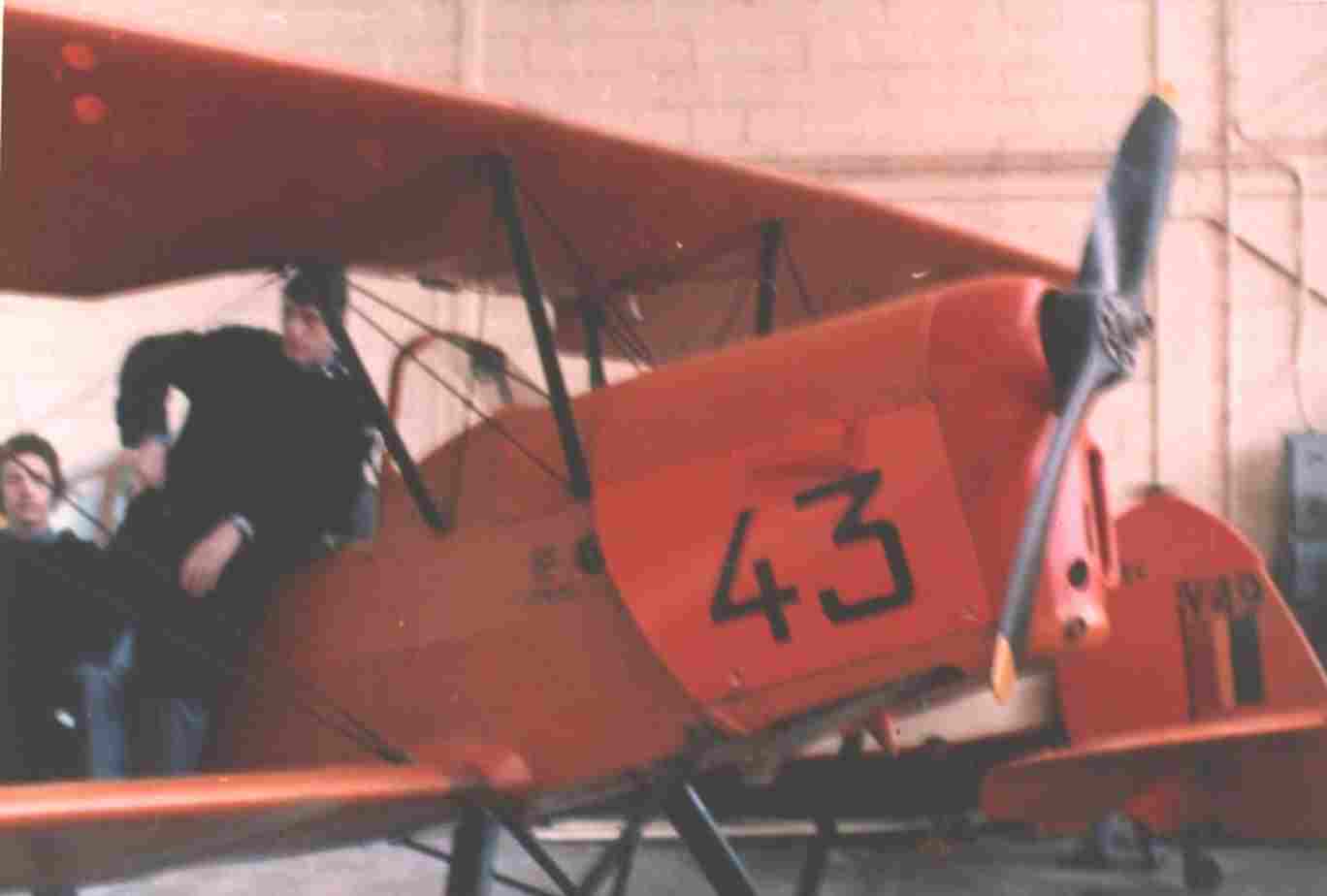 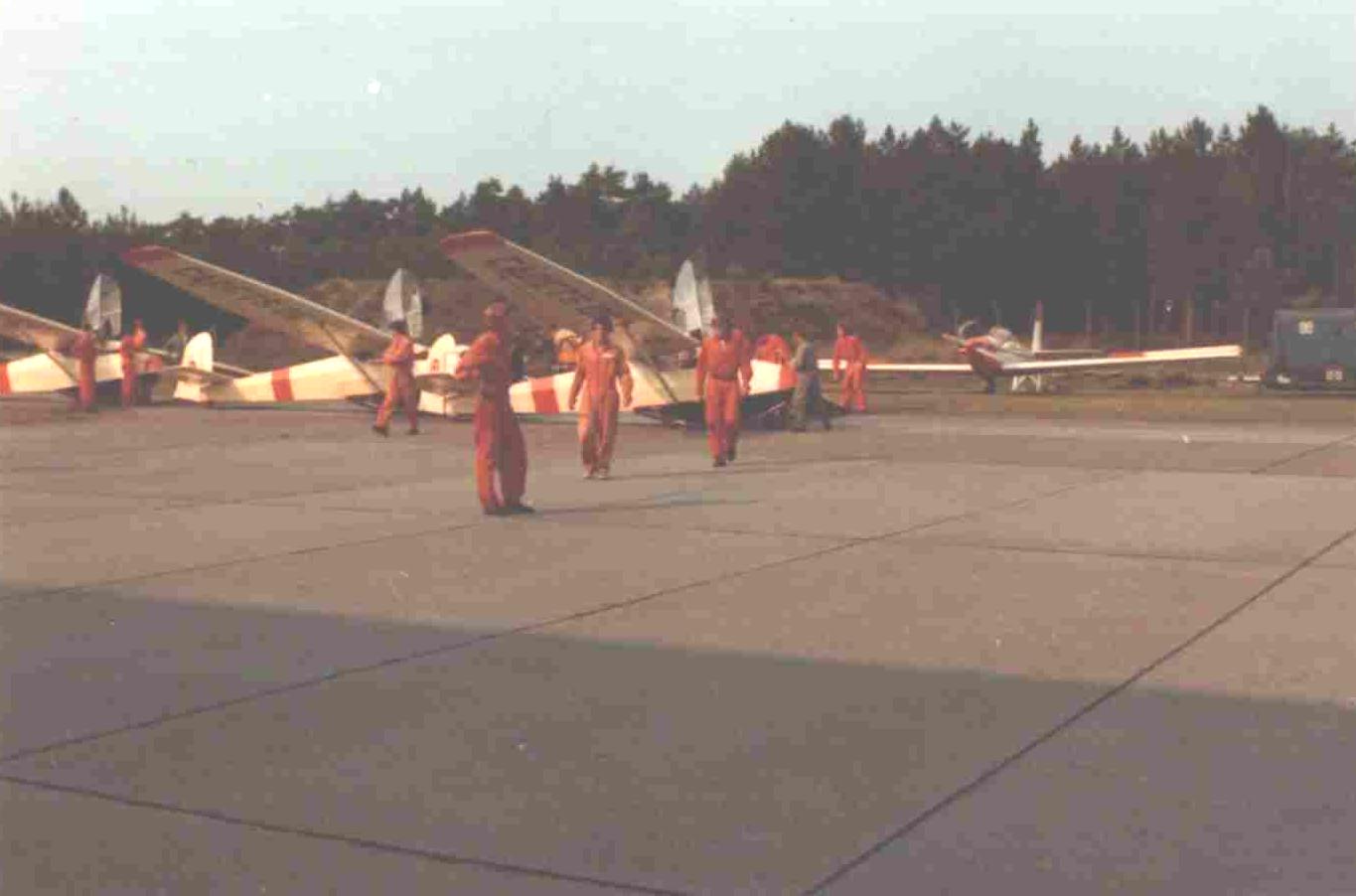 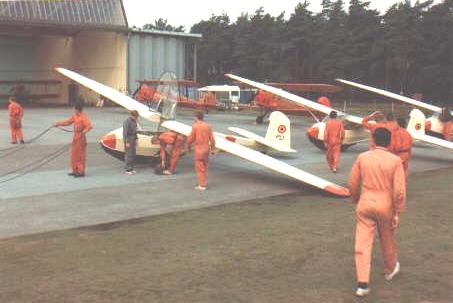 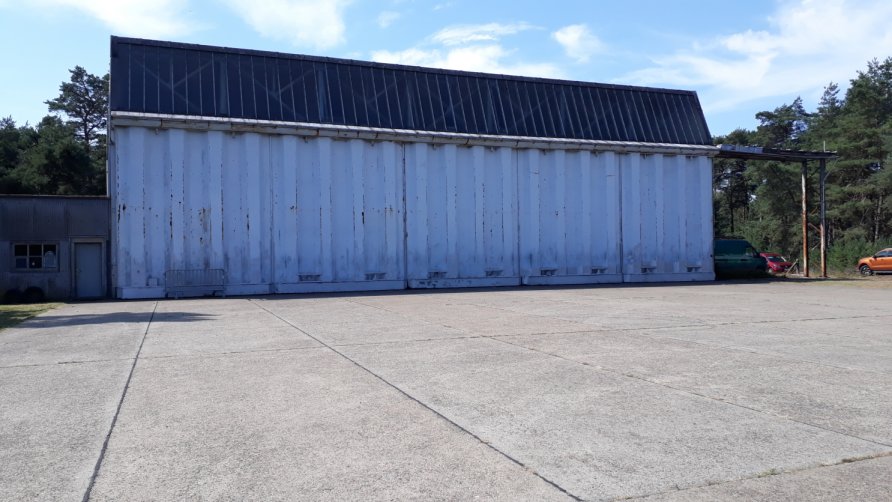 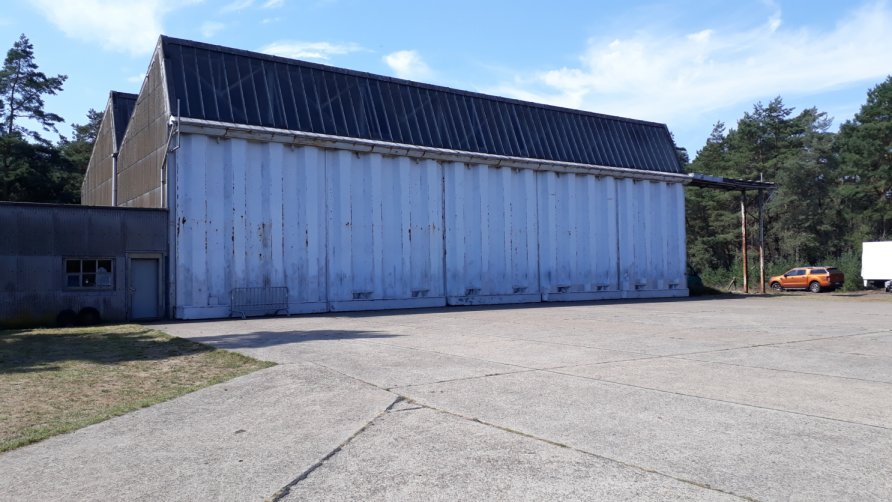 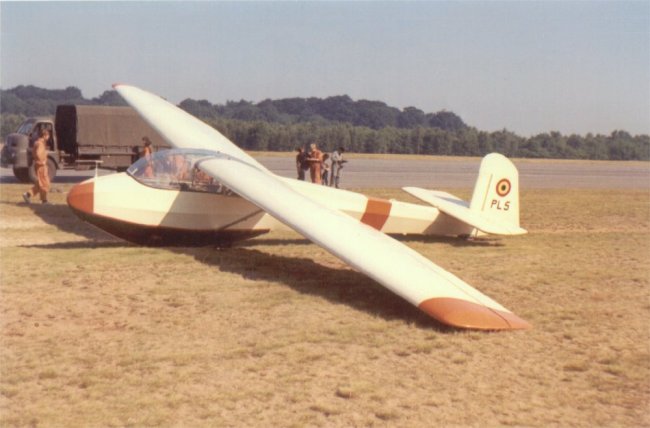 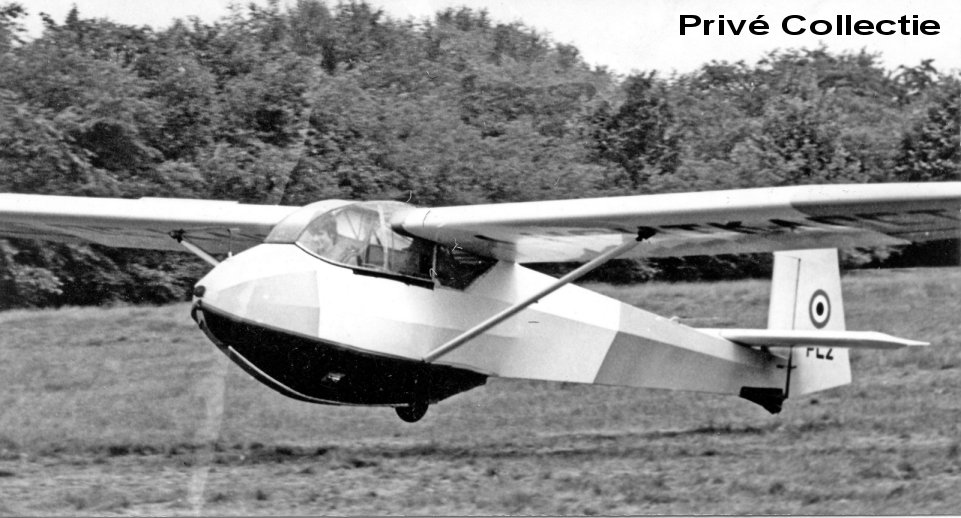 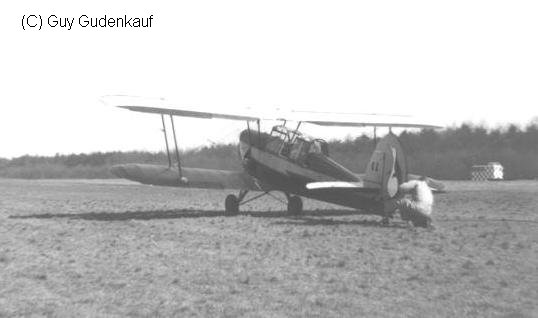 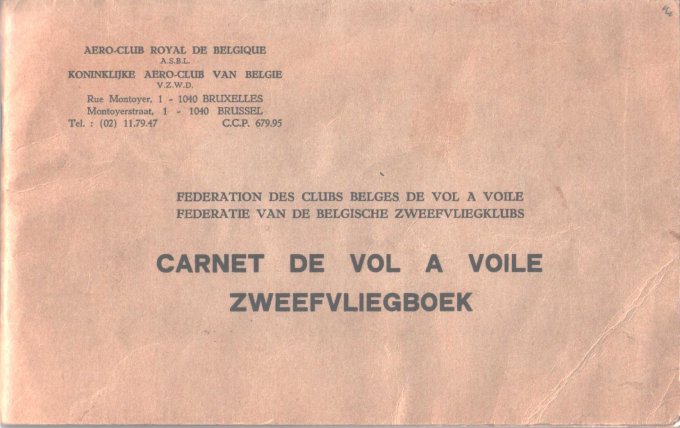 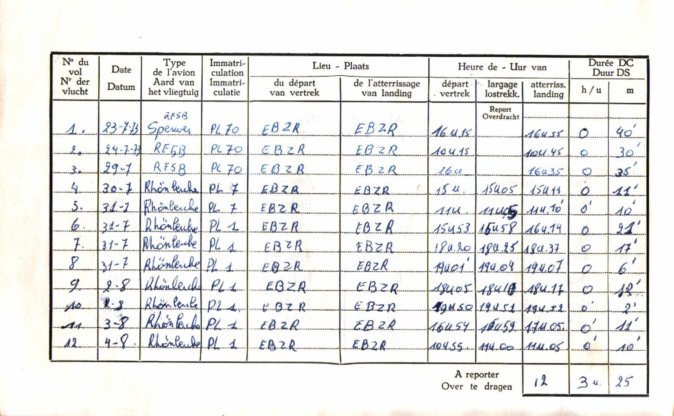 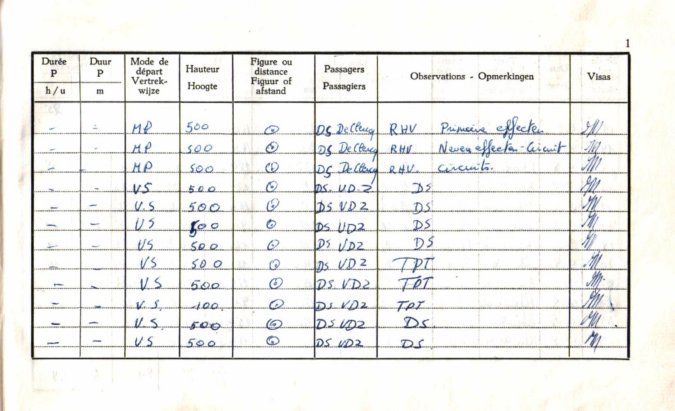 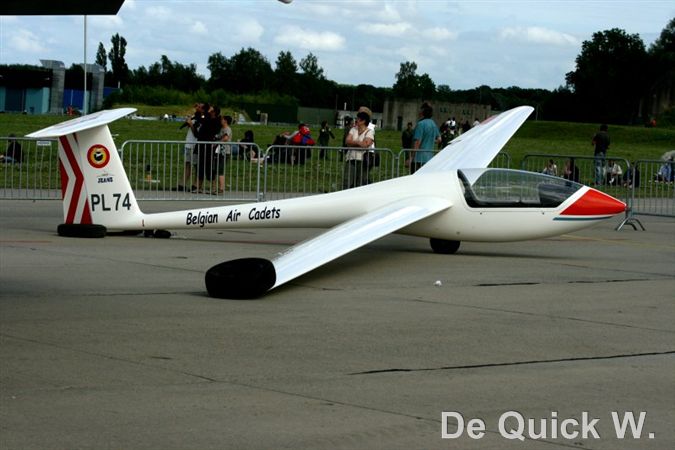 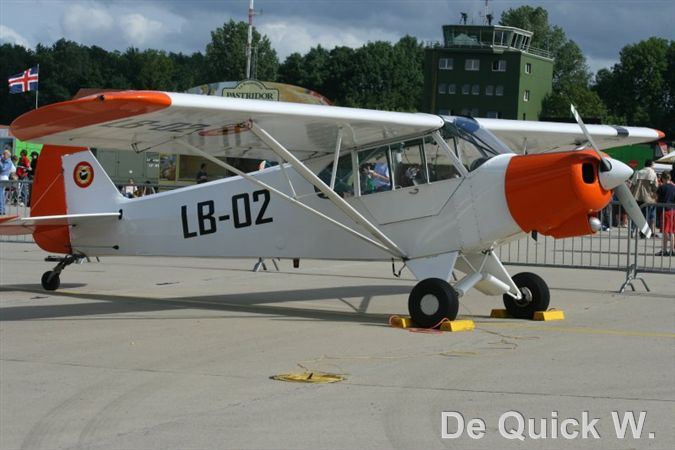 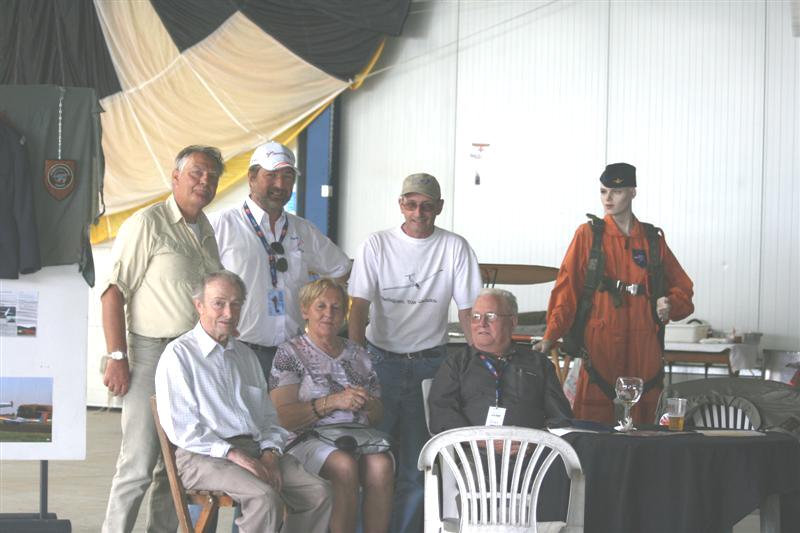 The Belgian Air Cadets Today
The "Belgian Air Cadets" lists some 300 members and trainees. Their president is Lieutenant-General Pilot (ret'd) Debêche. Every year the organisation opens its gates to eighty 15 or 16 year-old boys and girls offering them a glider pilot course either at Oostmalle or Weelde in the Province of Antwerp. Training and flying are free of charge! The air cadets merely pay for their meals and share in the acquisition of their flying clothing. A yearly small contribution is also at their expense. Both civil and military instructors provide training. These usually stem from the world of aviation and find here an excellent opportunity to be able to let new generations partake in their knowledge and their equally vast experience.

What about the training?
Training starts on location during the Easter holidays. For two weeks the trainees take part in theoretical courses, which is concluded by an examination covering all subjects. During summer holidays the trainees take part in a flying schooling for three weeks, which are entirely spent on location, in the course of which they will make their first solo flight. The second year trainees can subscribe to another two-week Easter holiday course and partake in flying weekends. On top of that they will be given the opportunity to fly for another full three weeks during the summer holidays!

From the third year onward cadets can participate in flying weekends and summer camps. As part of the International Exchange Programme, the best among them will be selected to visit with another country of their choice for two weeks.

Costs are taken care of by the organisation. However, as soon as a cadet turns 19 he or she has to bid farewell to the Air Cadets. Exceptions are made for extremely good cadets who can stay on till the age of 21. However, by that time most will have already found an occupation in the world of aviation.

Conditions for admission
- If you intend to become an air cadet, you should have the Belgian nationality, be 15 or 16 years of age on January 1 of the year your candidacy will be accepted for. If you apply for the year 2001, you must be born either in 1984 or 85 en put in your subscription forms prior to August 1, 2000. Subscribing can be done from the age of 14.
- Initially you will have to pass a profound medical examination. This is done at the Centre for Aerospace Medical Sciences at Evere.
- The major reason for failing your medical test is insufficient eyesight. Without any mechanical correction your eyesight should be 10/10 and not even the slightest aberration in distinguishing colours or in field-of-depth is allowed for. Corrective tools such as spectacles or contact lenses are out of the question. Also a prior eye operation is a negative factor.
- You should pass a competitive exam in mathematics, comparable to the 1st Grade A.S.O. as well as a Dutch dictation.
- Needless to say the results obtained during sports tests should be above average.

Database, history and gallery of the 65 airplanes used by the Belgian Air Force, and the still flying planes.
Acro Team "Les Manchots" , the SV planes they used, and the aces. Article of Dominique Hanson.
Crash report of the accident with SV-4b V43 in Twente (Netherland) in 1986 - Crash report of the accident with SV-4B V53 at the Old Rhinebeck Aerodrome New York (USA) in 2001 - SV-4B crashes in Belgium database of all Belgian SV-4B crashes
SV-4B with Blackburn Cirrus engine article of L. Wittemans.
Other types of SV airplanes and the LINK trainer , the other types of SV airplanes build bij Stampe Vertongen and an article about the LINK trainer, the first generation of flight simulators.
SV-4B OO-ATD and Divoy and Donnet, flight to freedom of Leon Divoy and Michel Donnet and SV-4B OO-ATD - SV-4B OO-ACB van Verbraeck en Reuter and their flight from France to Portugal in 1940
SV-4B V2 trip to Kamina (Congo) , in 1950 military pilot Manu Geerts had to deliver SV-4B V2 in Congo, Kamina. A trip of 10.578km, and 66 hrs flying time, article of R. Decobeck.
SV-4B in WWII in Africa , at the beginning of WWII 24 planes of the earlier SV-4B version airplanes, were transferred to Congo, at that time a Belgian Colony. This version had no closed canopy. An article of L. Wittemans.
Belgian Air Cadets , they used for several years the last military SV-4B airplanes.
SV links and other related links.