The SV-4B V2 that Major Geerts took to Kamina belonged to the series of aircraft delivered from 1948 onward and which sported a cockpit canopy. However, at the beginning of World War Two an initial order of 24 open-cockpit SV-4B biplanes had already been delivered. These were carried over to the French forces at the outbreak of hostilities. A fair share of them was returned to Belgium and saw operational use in Africa.

Out the outbreak of hostilities early in WWII Belgium transferred some of its Stampe SV-4Bs to Belgian Congo. They belonged to the first delivery of SV-4Bs to the Belgian Aeronautical Services. These early SV-4Bs did not sport a cockpit canopy contrary to later versions. 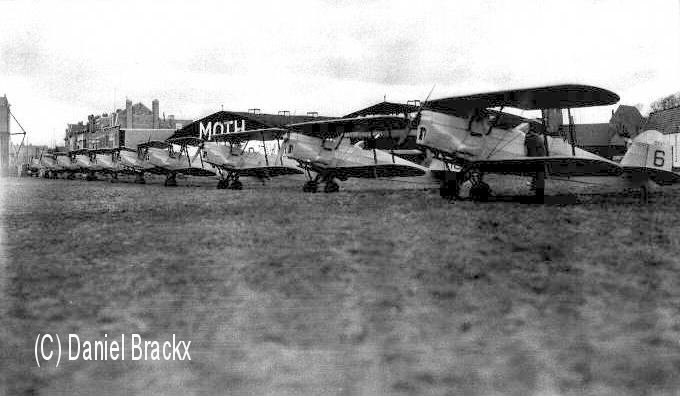 In the course of the evacuation of the flying schools on May 11, 1940, SV-4B V19 was damaged at Zwevezele when it was hit by a landing Firefly flown by Charles Roman. Although wounded in the collision, Roman fled to Great Britain where he flew Beaufighters with No. 272 Squadron RAF in the Mediterranean. The damaged Stampe and the colliding Firefly most probably were abandoned, since the training aircraft is no longer mentioned in the lists of Stampe biplanes on inventory in North Africa. On page 115 of "Les Avions Stampe" mention is made that 24 SV-4B trainers made the crossing from Caen to Oran, but fails to mention the Zwevezele incident, which indicates the author may have been under assumed all 24 Stampes to still be on inventory.

Out of 23 Stampe trainers stocked in North Africa 16 were handed over to the French Air Force, 10 of which were still in flying condition, 5 had been taken apart for cannibalisation reasons and one trainer, the V7, was destroyed on January 13, 1943 at Taza Tadla near Casablanca. in the course of a test or delivery flight. All transferred Stampes were already in use with the French early in 1943, the deed of transfer having been signed on December 12, 1942. 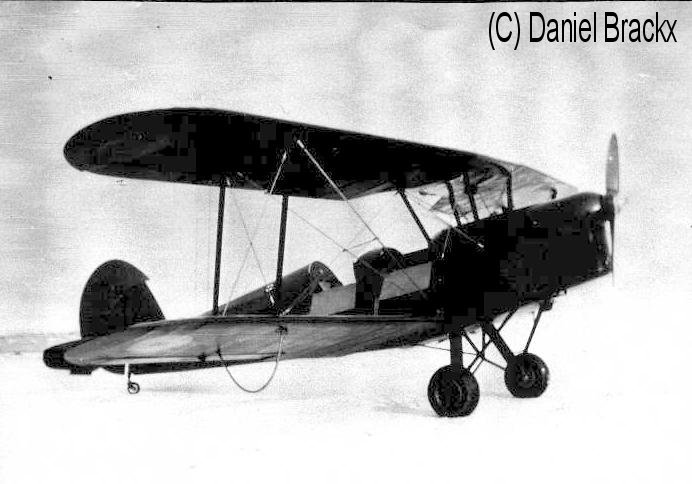 V6-V8-V9-V10-V14 and V16 were returned to Belgium (cfr. Les Avions Renard, pg. 74). The delivery flight from Oran to Casablanca (900 km) turned out to be a good test since most planes had been stored in dismantled condition since May 1940. Proof of their having withstood deactivation was the fact that 7 Stampes arrived at Casablanca on August 21, 1943 without encountering any difficulty whatsoever (cfr. Les Avions Renard, pg. 118). From Casablanca they were to be hauled to Belgian Congo by vessel. Between November 1943 and at least March 1944 the crated dismantled Stampes have been sitting in Dakar, obviously blocked. Presumably 7 training aircraft were not considered of strategic importance and therefore finding available loading space aboard a vessel sailing for Belgian Congo may have been an extremely difficult matter.

In Belgian Congo the Stampes served with the air section of the Force Publique/Openbare Macht and were assigned serial numbers in the V40 series. In this numbering sequence they were preceded by type of aircraft that would be put in service afterwards still, including D-10 etc. for the DH. 104 Dove, which was delivered from the end of 1949 onward. The Airspeed Consuls (delivered 1948-49) were attributed the numbering sequence starting at C-31 and the Oxfords, starting from A-21 which had been delivered still during the war to Belgian Congo, but presumably after delivery of the Stampes. On the other hand, DH.85 Leopard Moth OO-CAF had been in service in October 1940 already and had been assigned the serial number L-51. 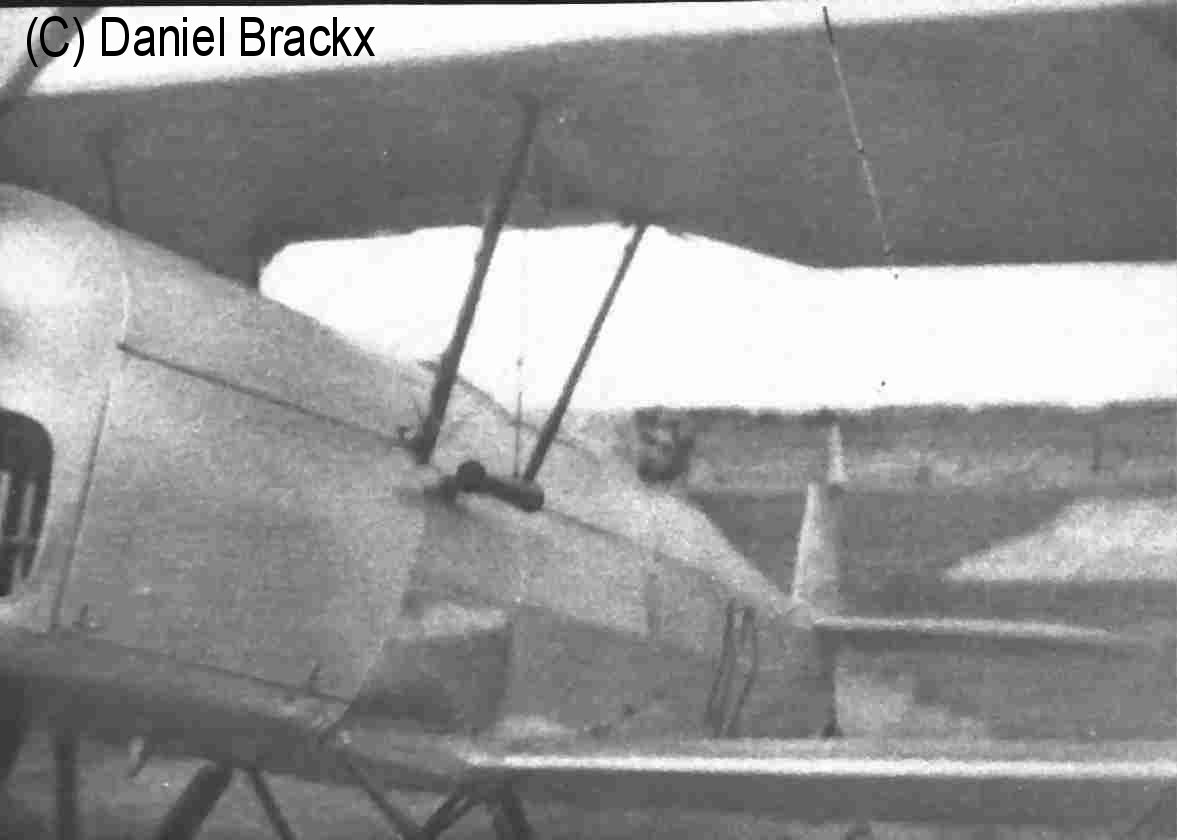 Initially the Stampes most probably flew without serial markings or simply kept using the number assigned them in 1940 by their previous users. At the introduction of the Dove, al types already in use were numbered in a standard series of serial numbers from V40 through V46 (some sources state V41-V47). Should it be mentioned that there is no certainty whether all 7 Stampe aircraft were factually put in service. It is not to be excluded that at least one had been put aside as a source for spare parts (following the French example).

- September 7, 1940, 24 brand-new SV-4B trainers were handed over to the French authorities at the Oran arfield (near La Senia. V19 had already been destroyed at Zwevezele on March 11,1940. The aircrafts were stored at the Noisy-Les-Bains airfield.

One crashed at Taza

- On April 24,1943 Spaak, from London, gives permission to fly 7 aircraft to Belgian Congo. This is to be executed by French personnel.

- On May 7, 1943 seven aircraft are to be transferred to Casablanca to be crated. Seven propellers are manufactured by the Caudron workshops at Blida. On June 14, 1943, the remaining aircraft are sold to Aviation Française d'Afrique for an amount of 8 million French Francs.

- August 21, 1943 the aircraft arrive at Casablanca. The crating is finished on August 30.

- On October 5, 1943 the Stampe aircraft nos. V6-V8-V9-V10-V12-V14 and V16 leave for Belgian Congo via Dakar. The planes will be brought back in service in 1944 having been assigned the registration numbers V41 through V47. Which aircraft was assigned which serial number cannot be found out. 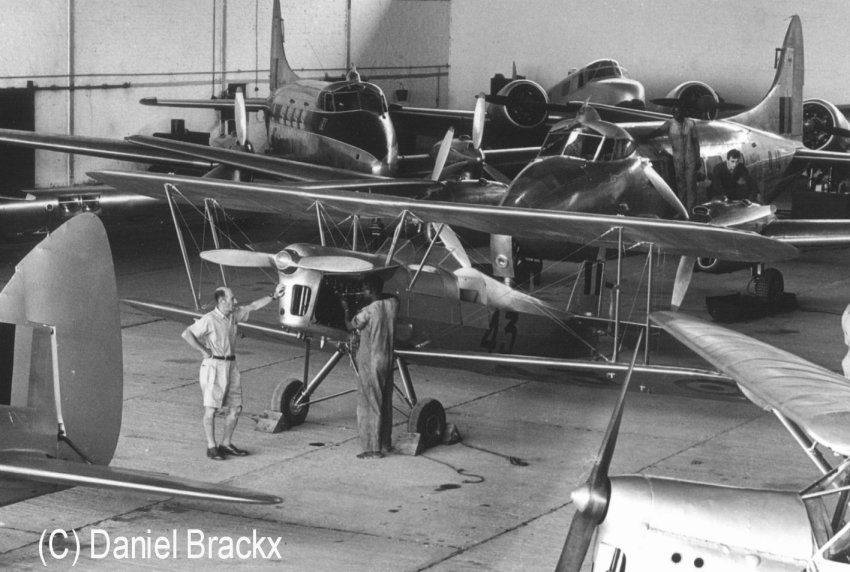 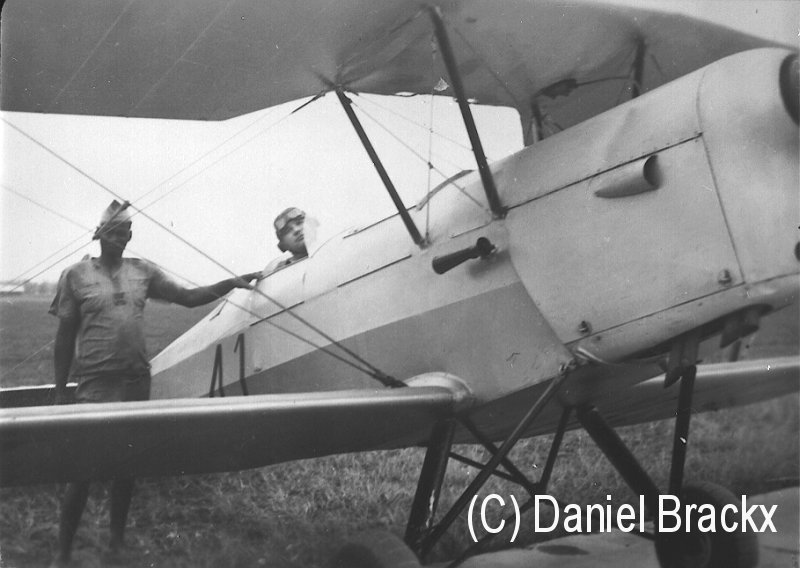 Artwork of aviation painter Kurt Basslé, of V43 flying over Belgian Congo, click on the image for more information

Database, history and gallery of the 65 airplanes that were used by the Belgian Air Force, and the still flying planes.
Acro Team "Les Manchots" , the SV planes they used, and the aces. Article of Dominique Hanson.
Crash report of the accident with SV-4b V43 in Twente (Netherland) in 1986 - Crash report of the accident with SV-4B V53 at the Old Rhinebeck Aerodrome New York (USA) in 2001 - SV-4B crashes in Belgium database of all Belgian SV-4B crashes
SV-4B with Blackburn Cirrus engine article of L. Wittemans.
Other types of SV airplanes and the LINK trainer , the other types of SV airplanes build bij Stampe Vertongen and an article about the LINK trainer, the first generation of flight simulators.
SV-4B OO-ATD and Divoy and Donnet, flight to freedom of Leon Divoy and Michel Donnet and SV-4B OO-ATD - SV-4B OO-ACB van Verbraeck en Reuter and their flight from France to Portugal in 1940
SV-4B V2 trip to Kamina (Congo) , in 1950 military pilot Manu Geerts had to deliver SV-4B V2 in Congo, Kamina. A trip of 10.578km, and 66 hrs flying time, article of R. Decobeck.
SV-4B in WWII in Africa , at the beginning of WWII 24 planes of the earlier SV-4B version airplanes, were transferred to Congo, at that time a Belgian Colony. This version had no closed canopy. An article of L. Wittemans.
Belgian Air Cadets , they used for several years the last military SV-4B airplanes.
SV links and other related links.